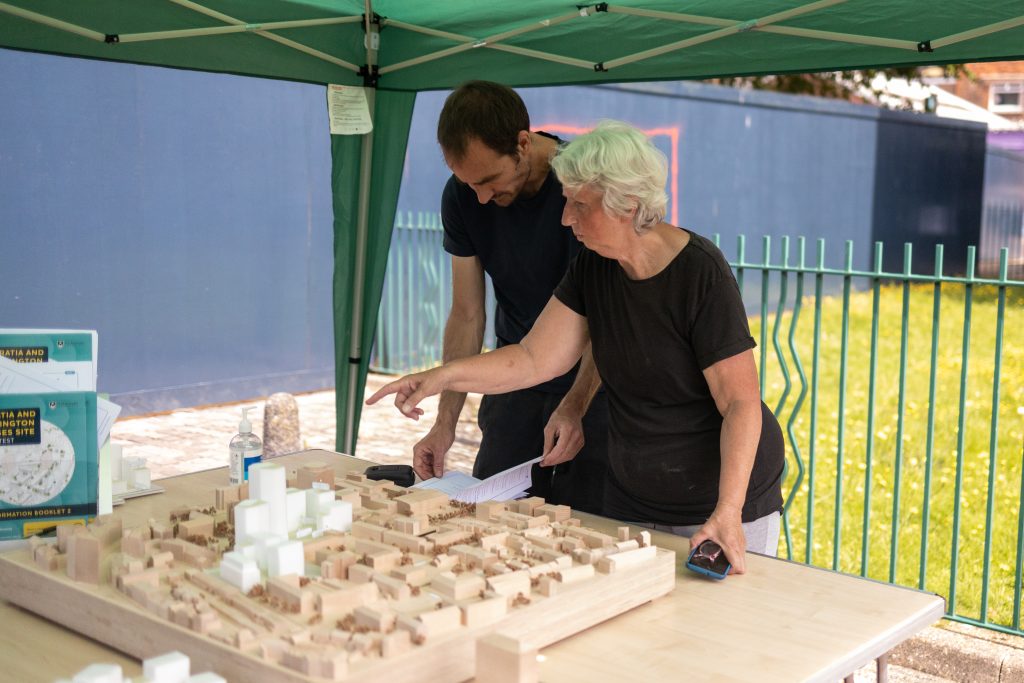 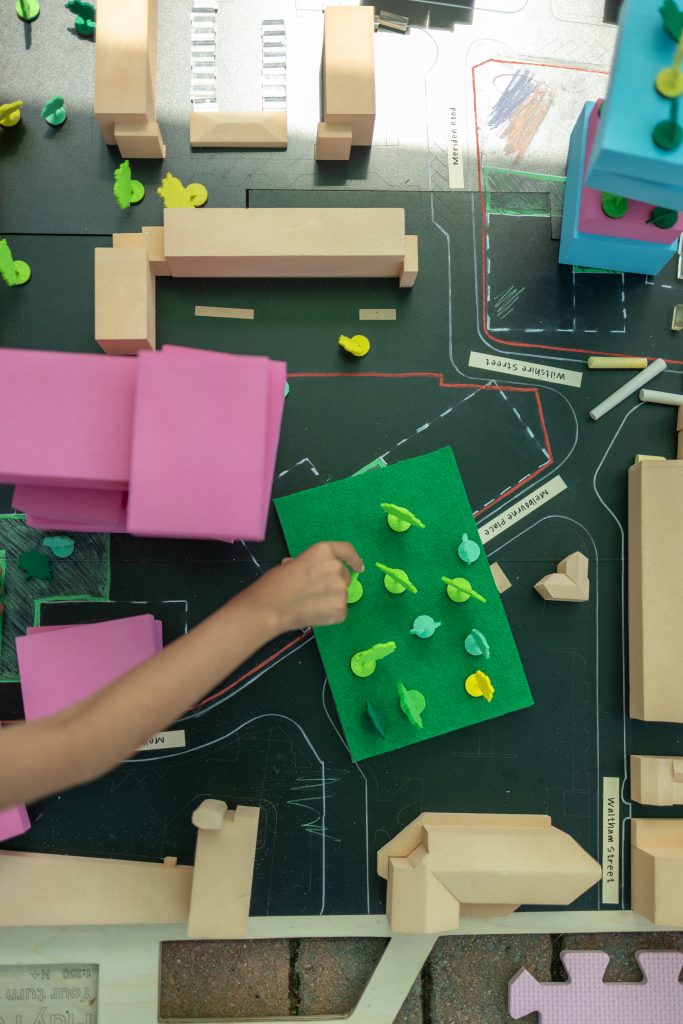 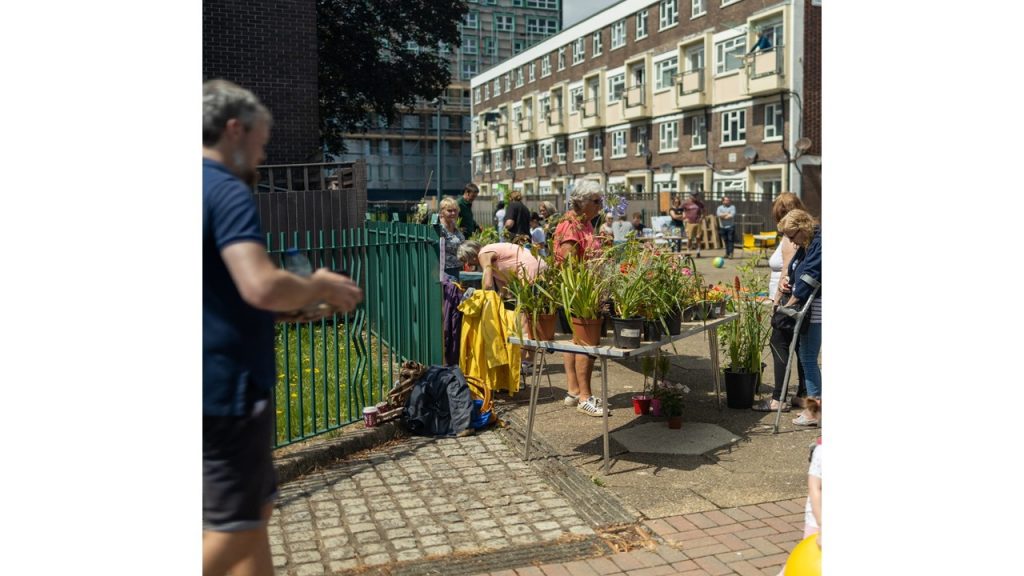 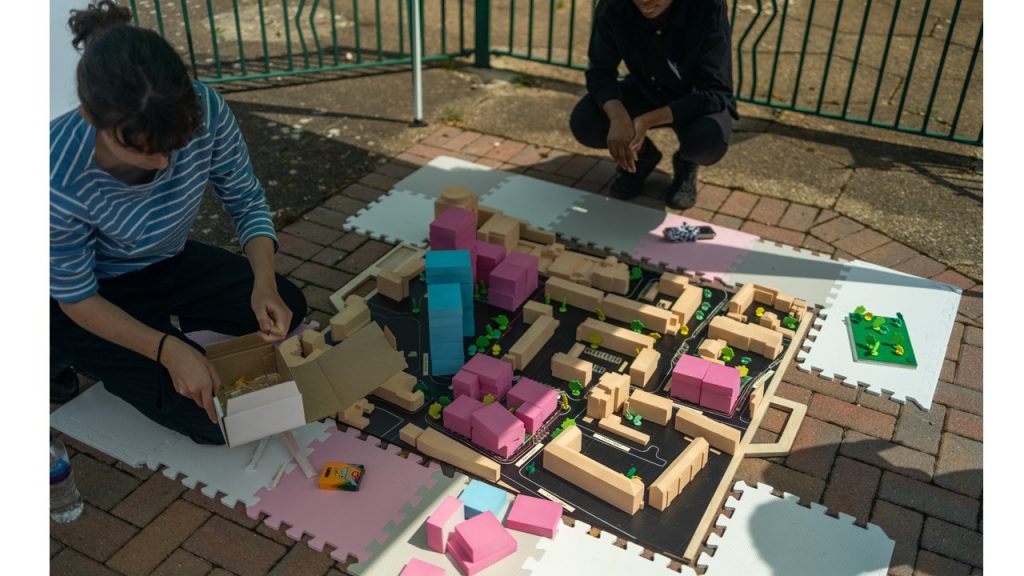 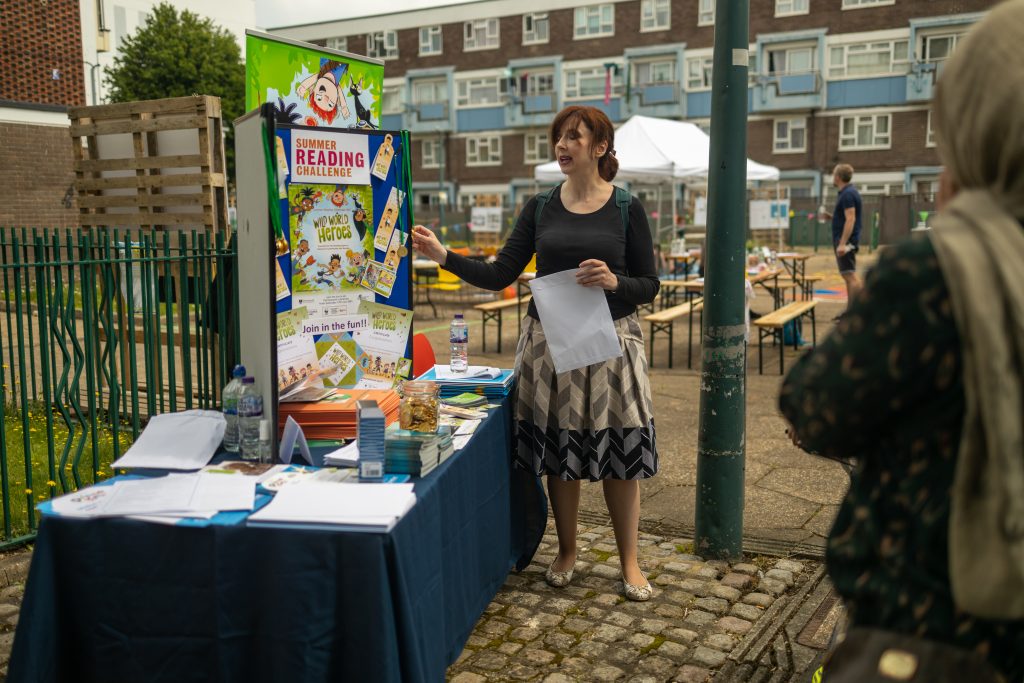 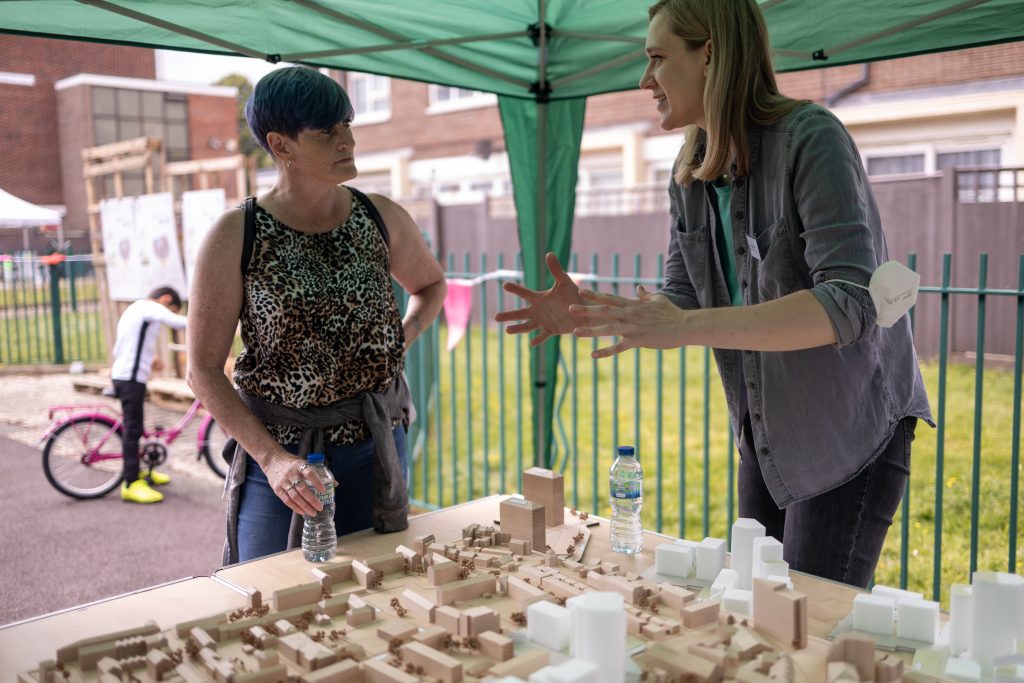 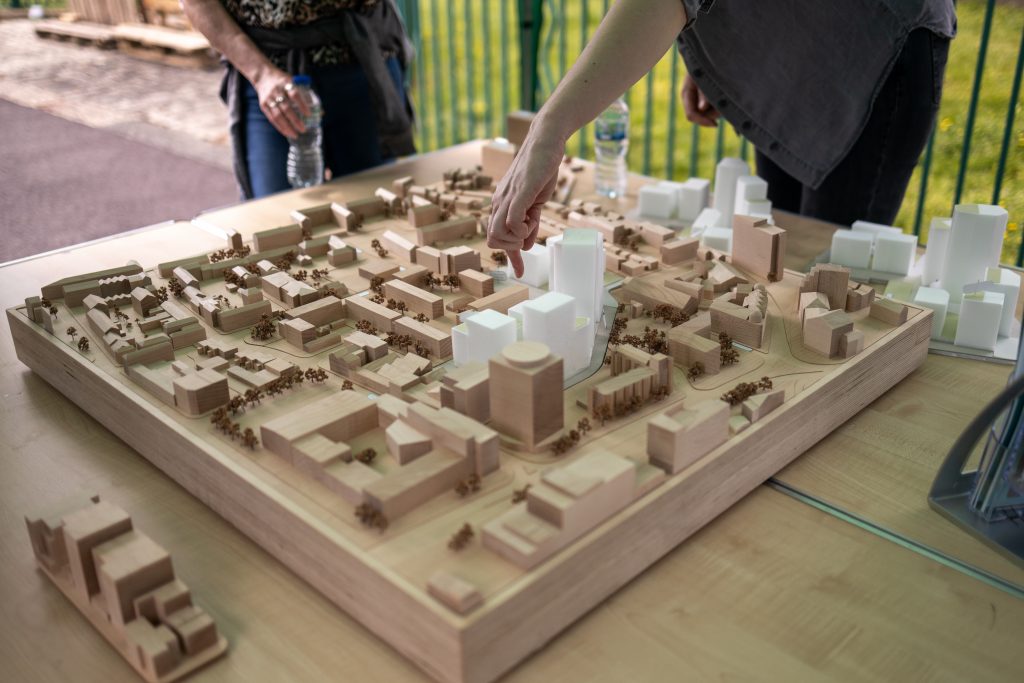 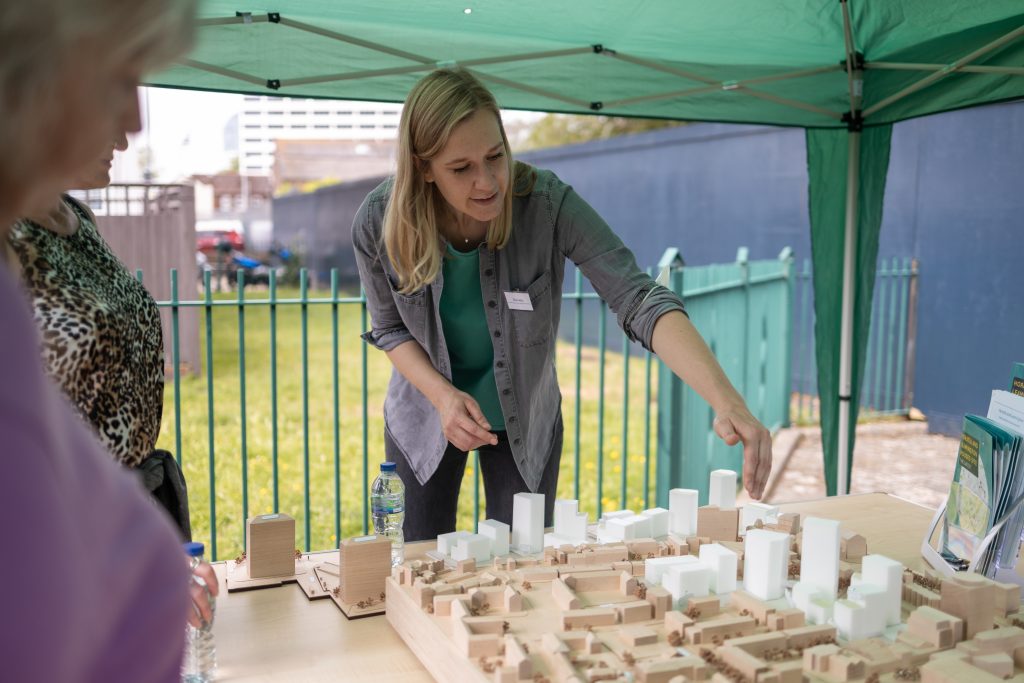 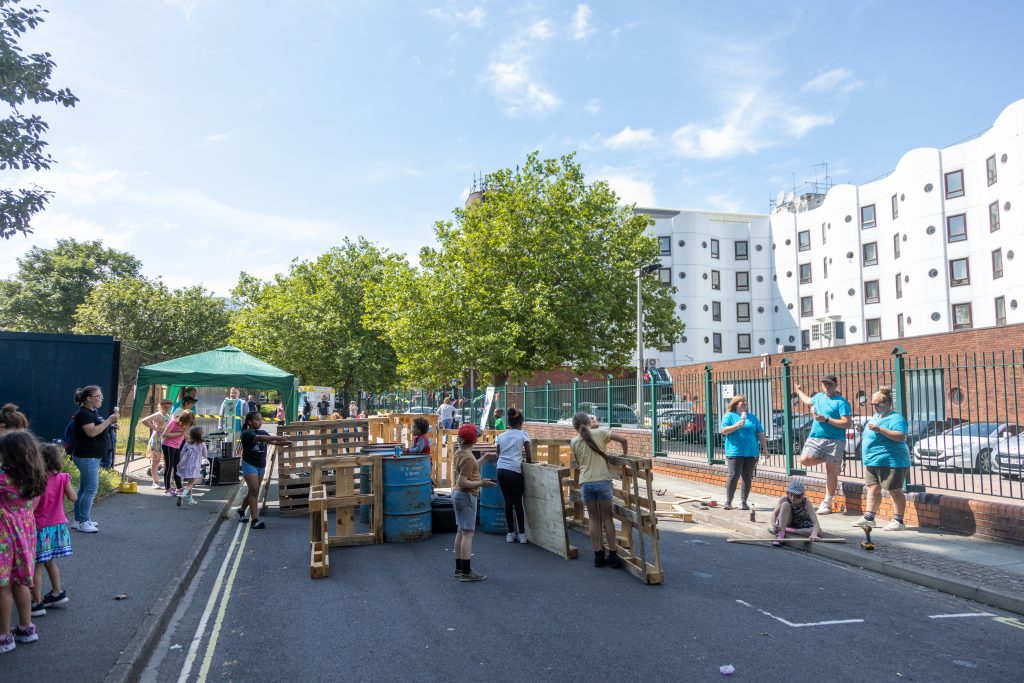 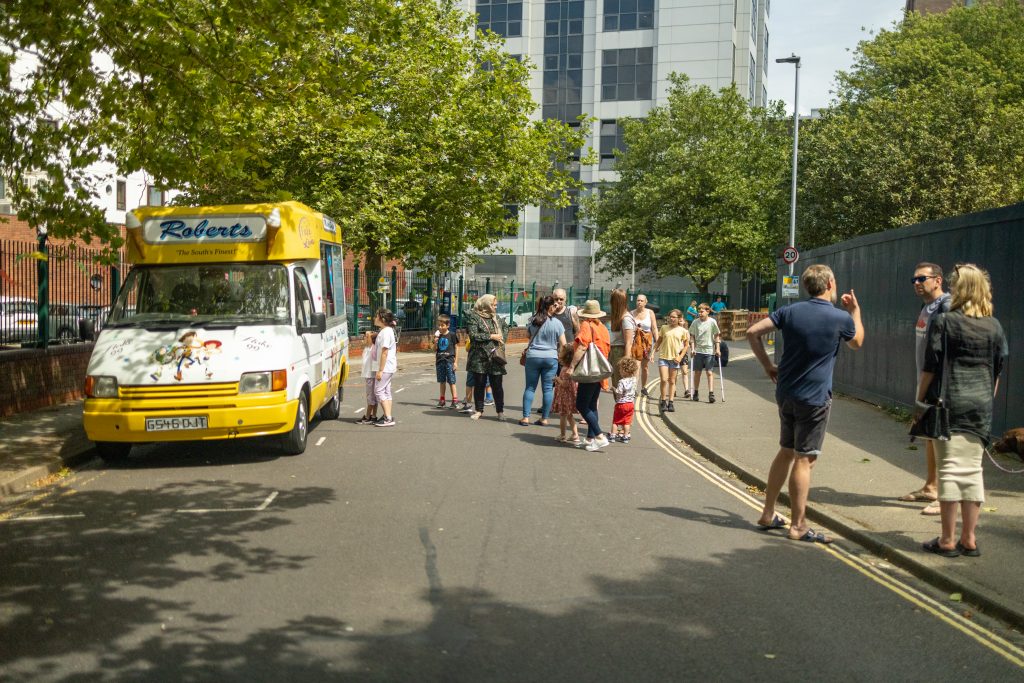 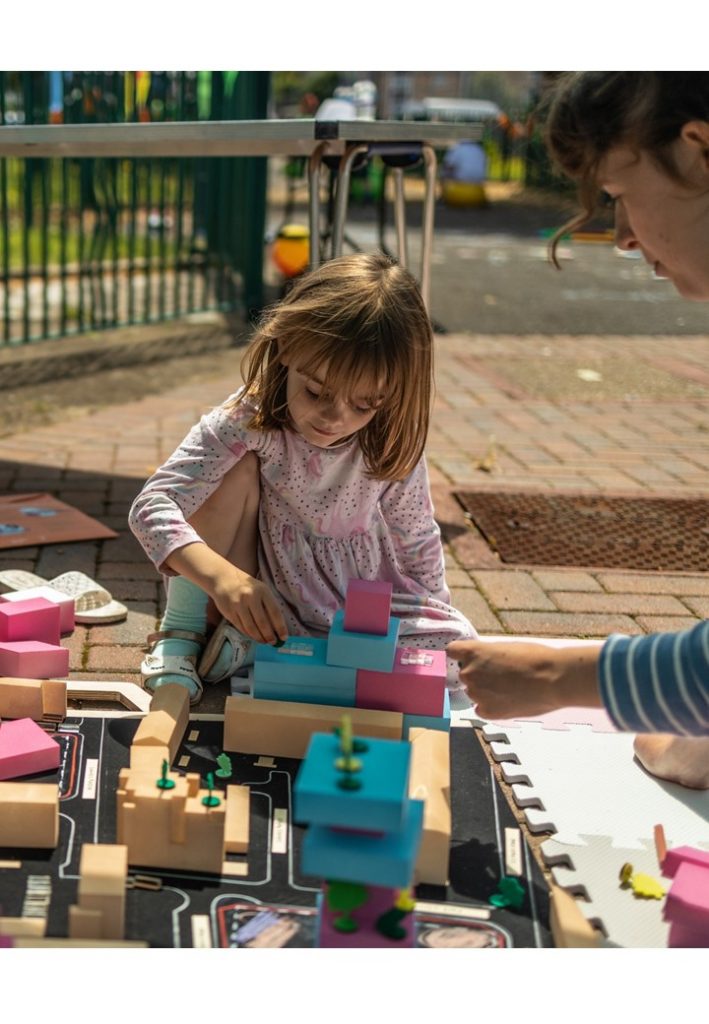 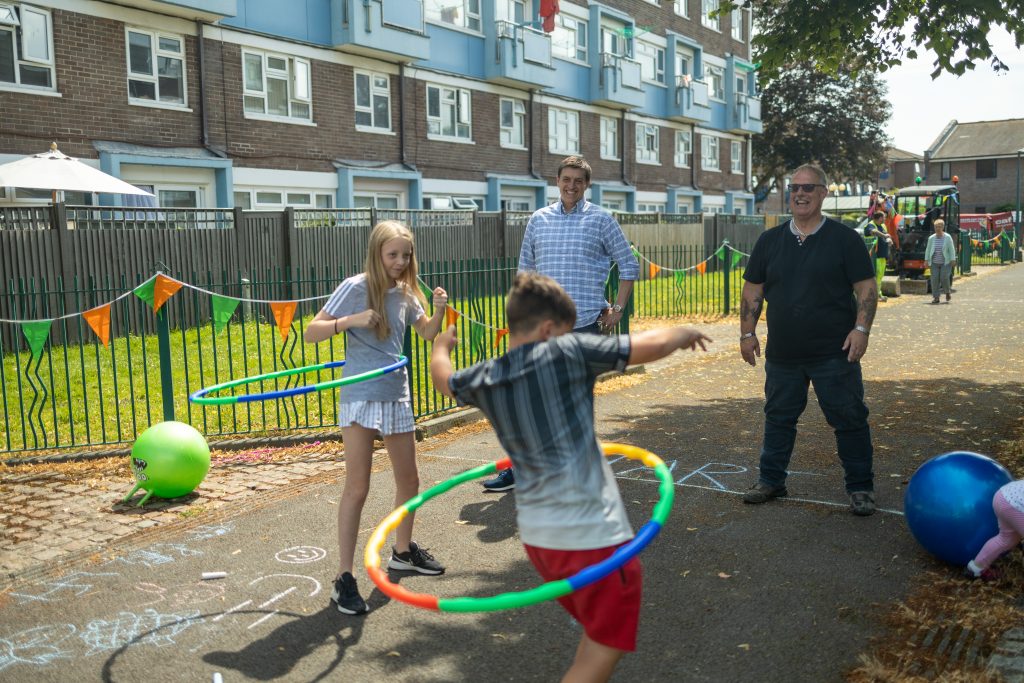 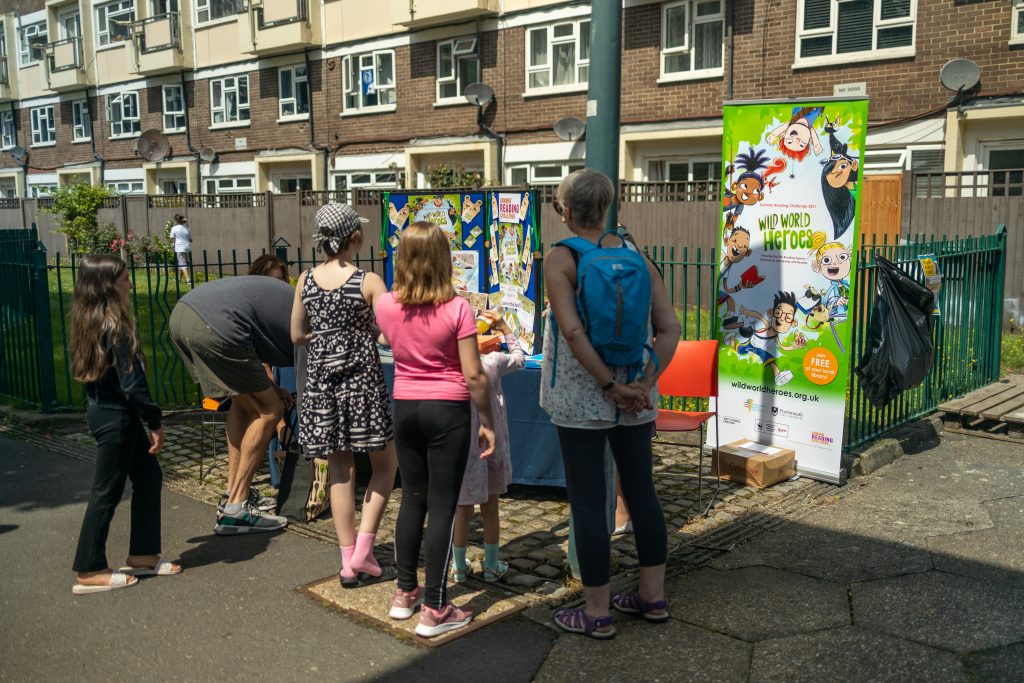 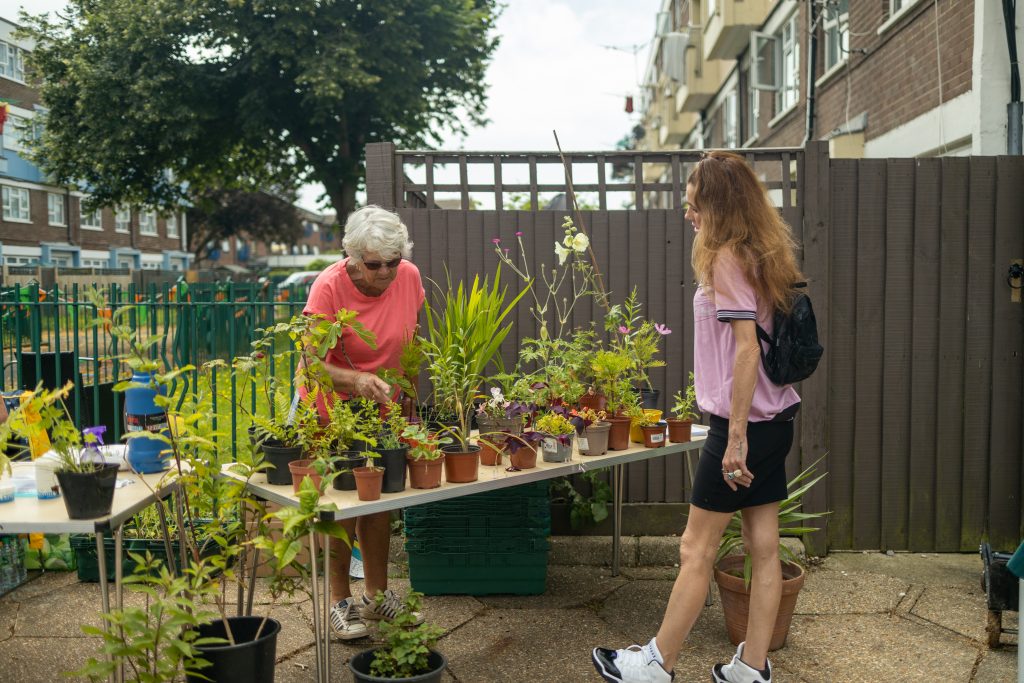 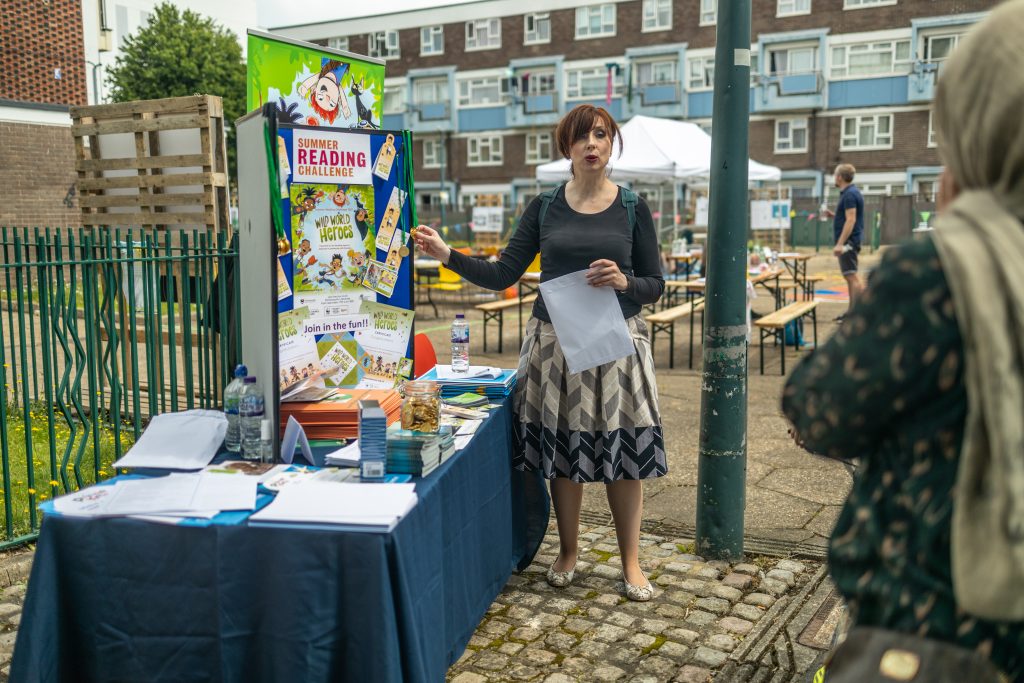 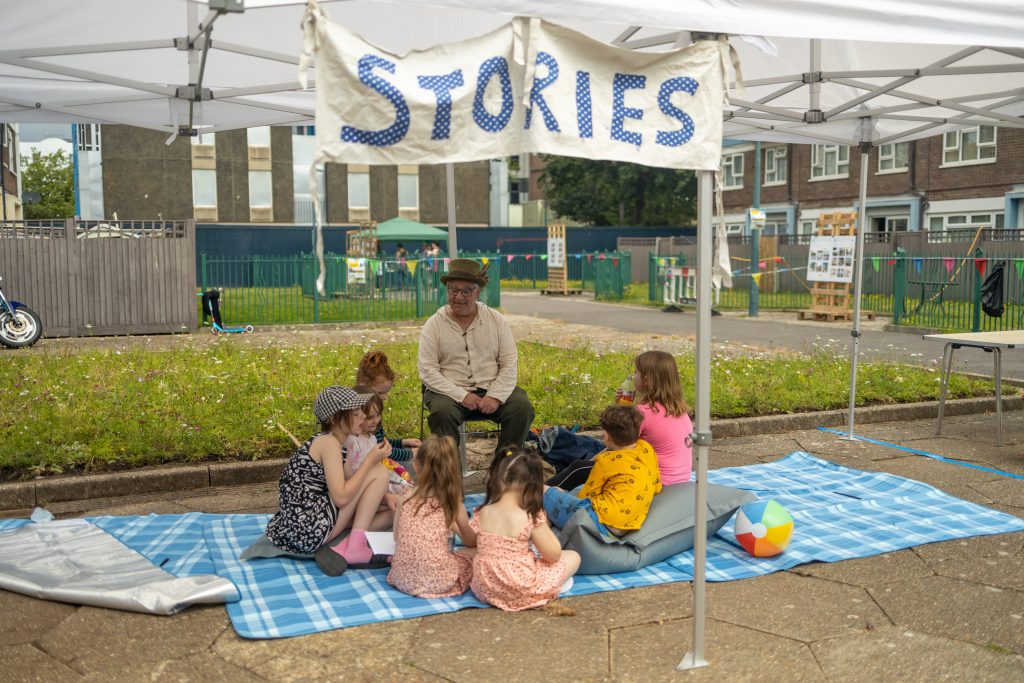 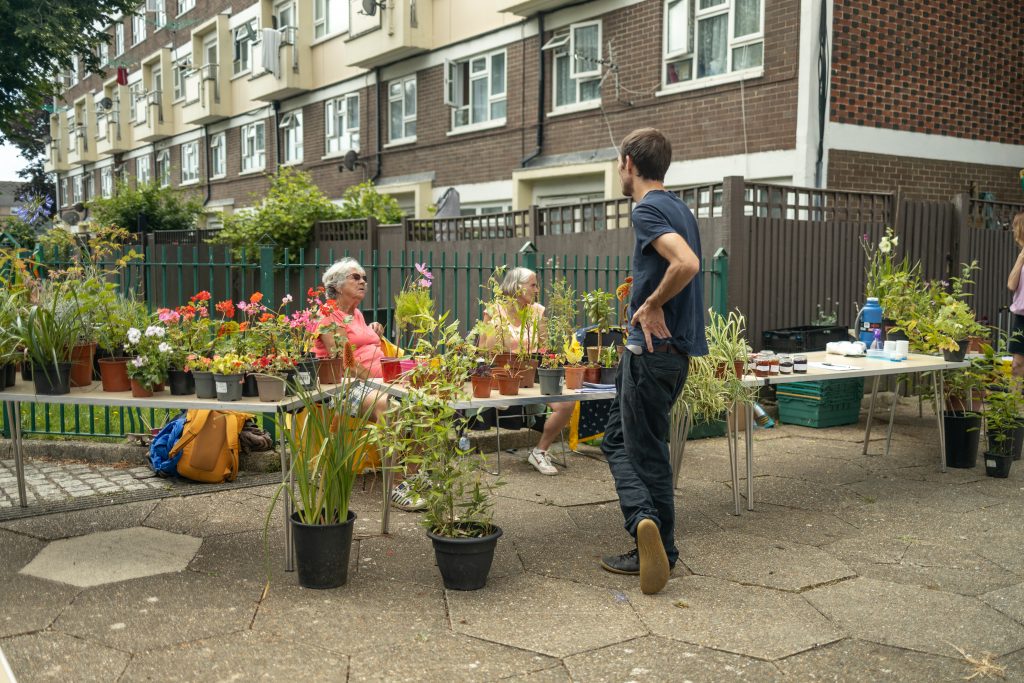 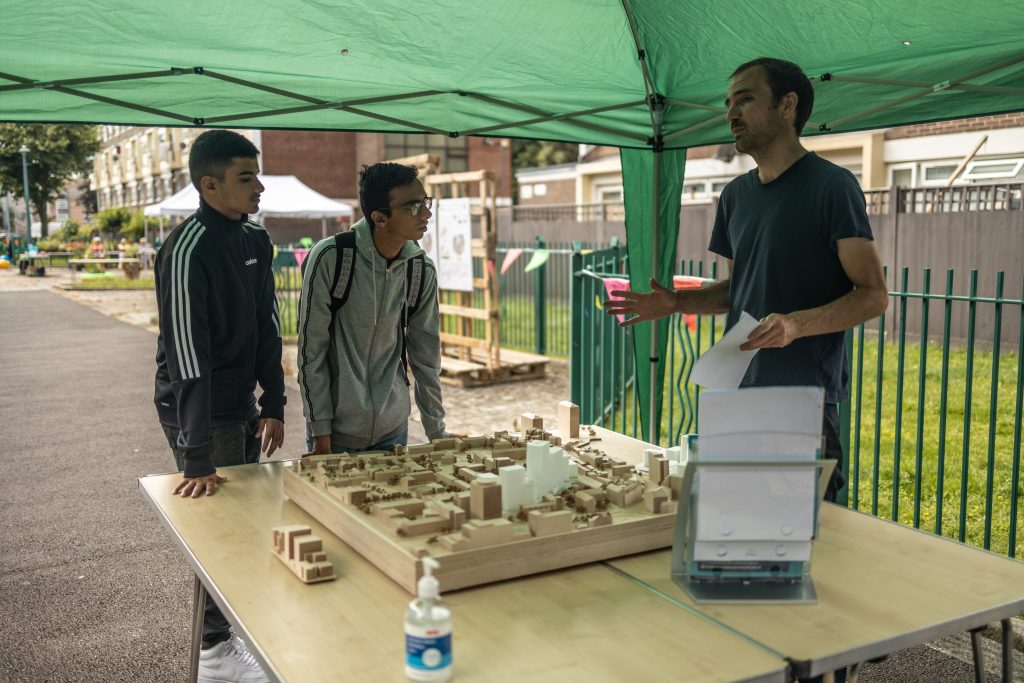 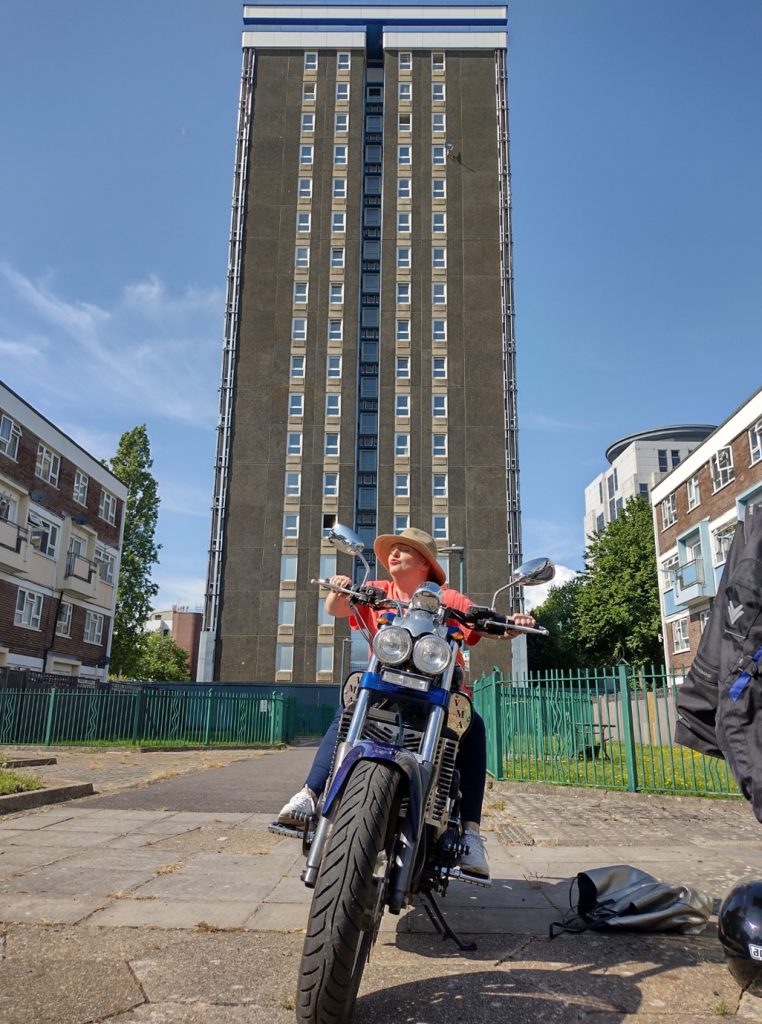 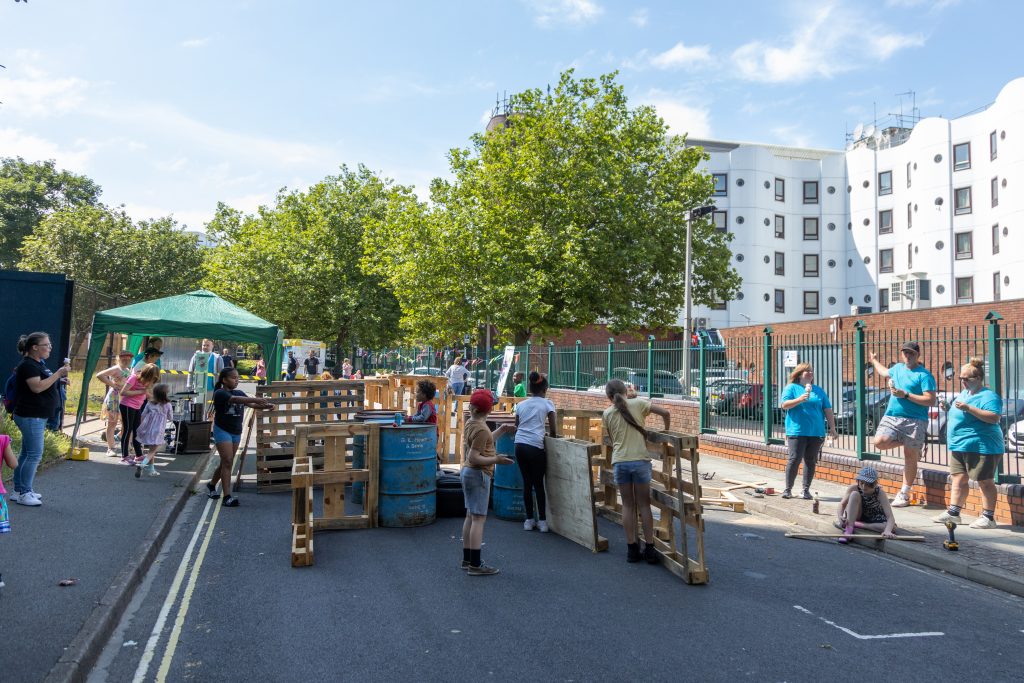 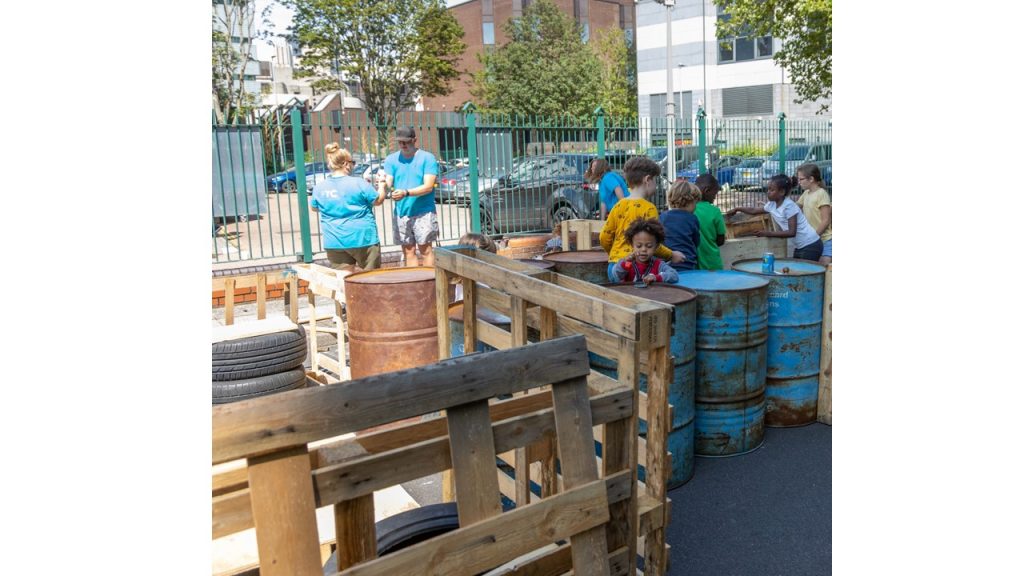 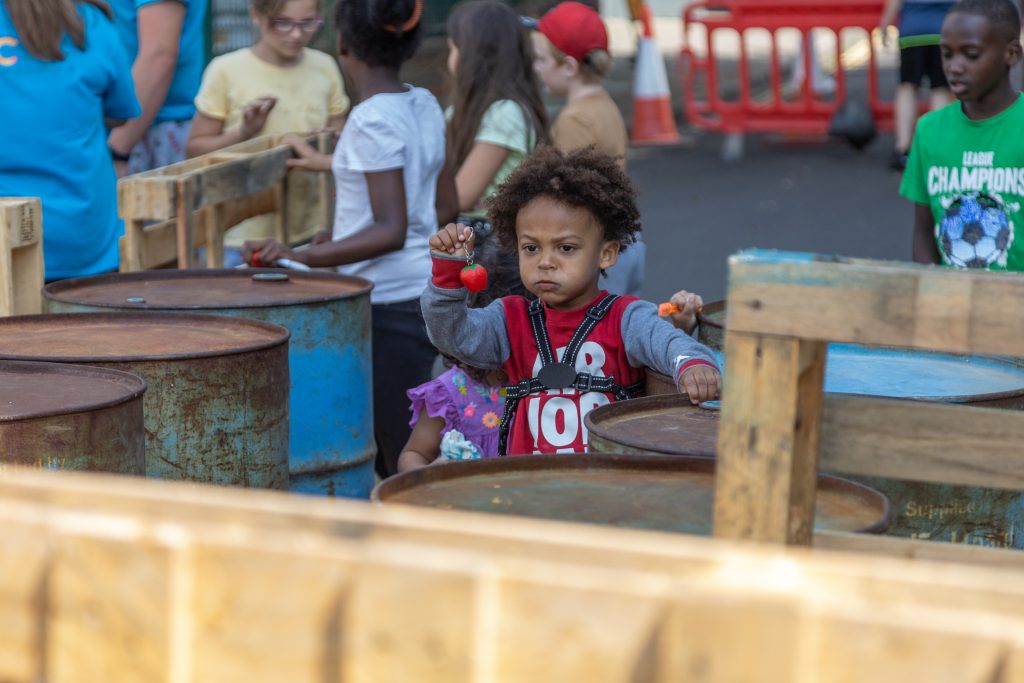 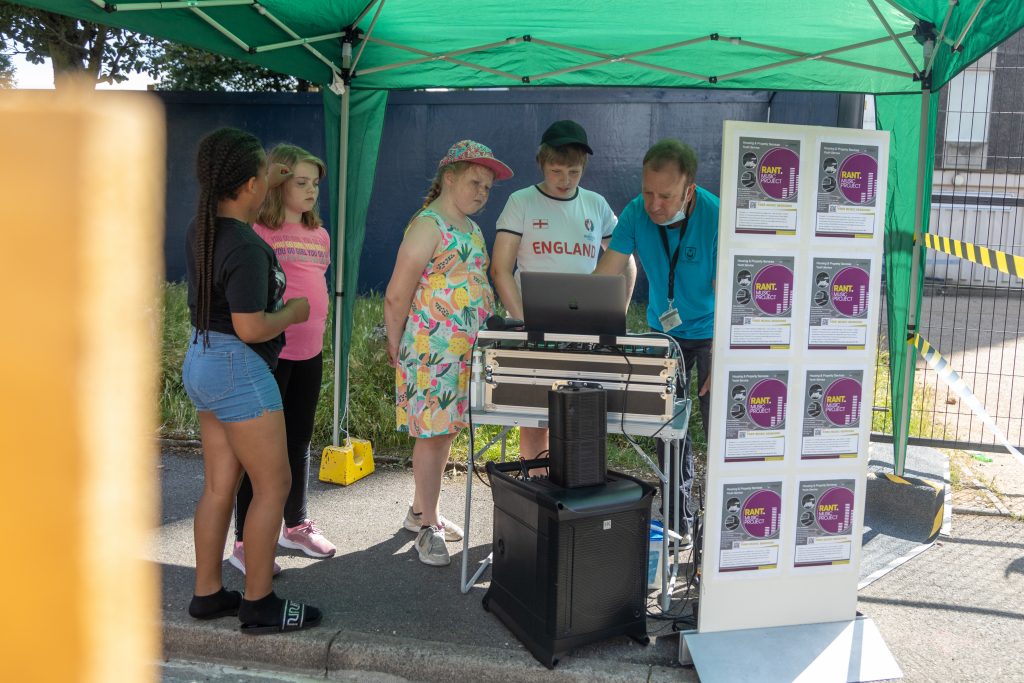 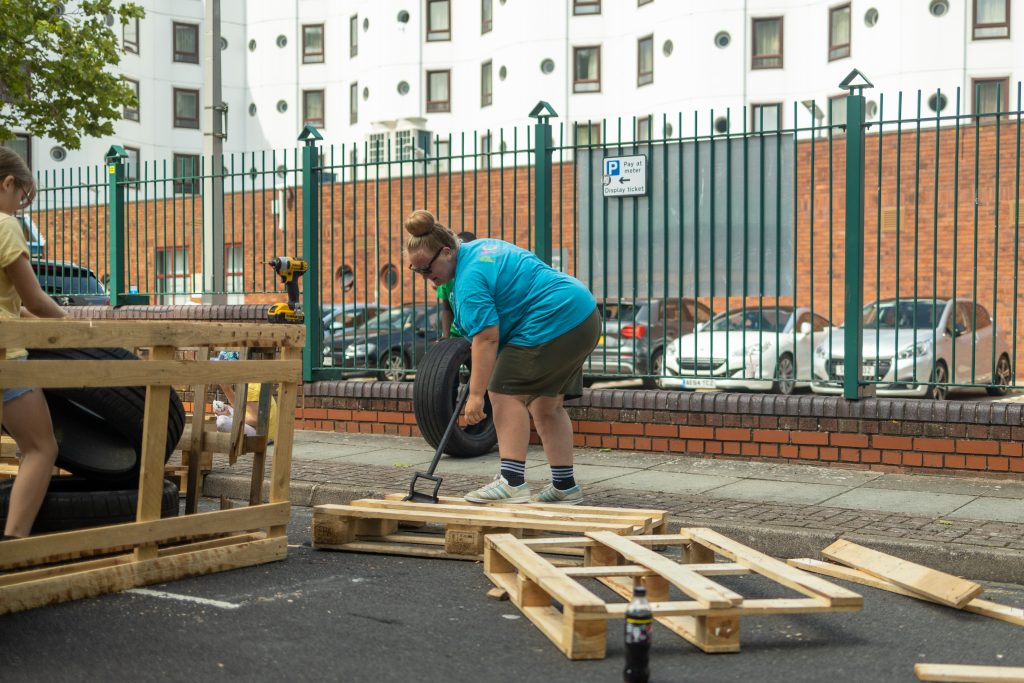 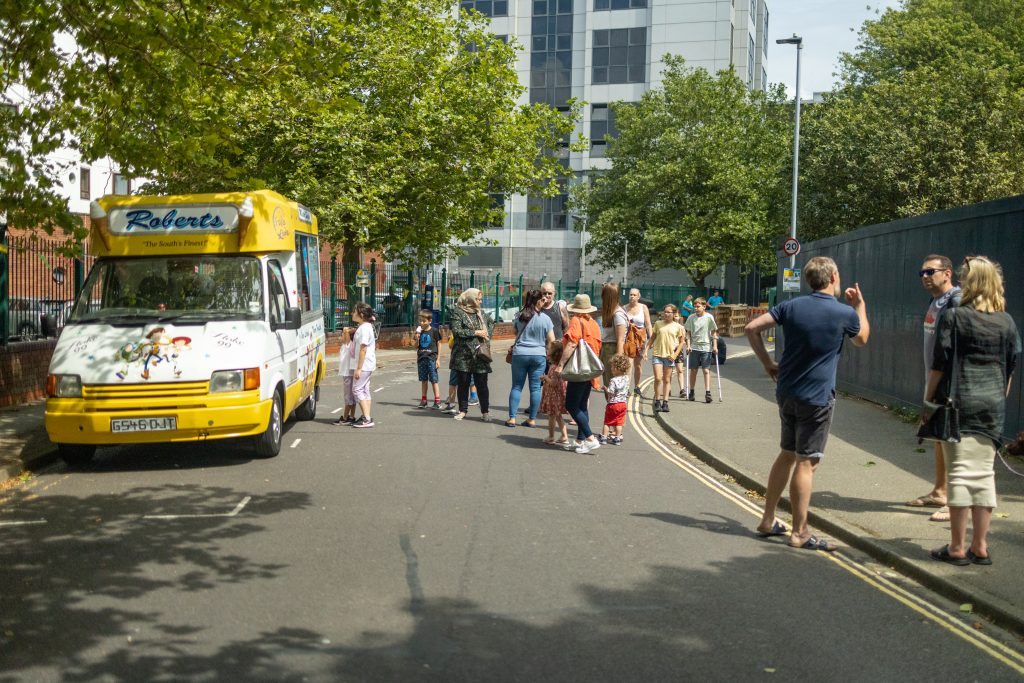 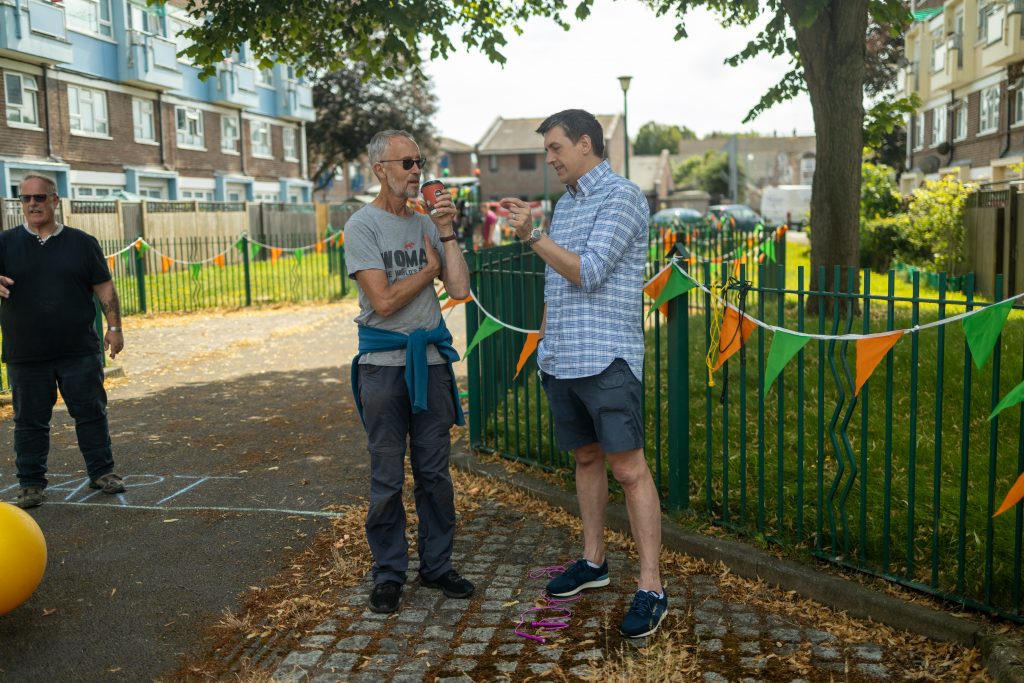 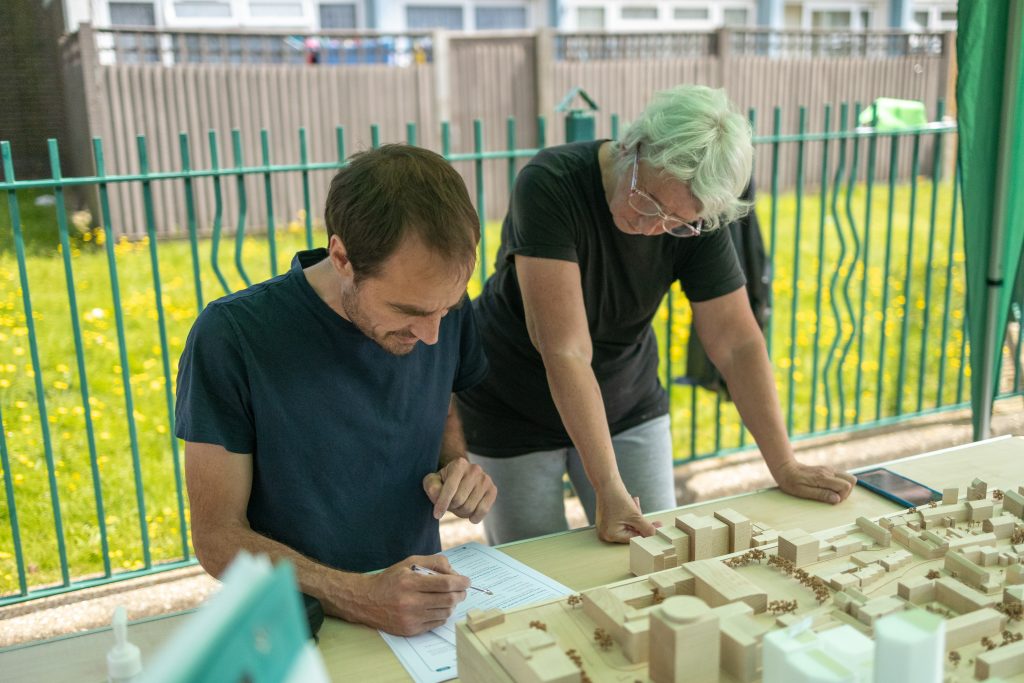 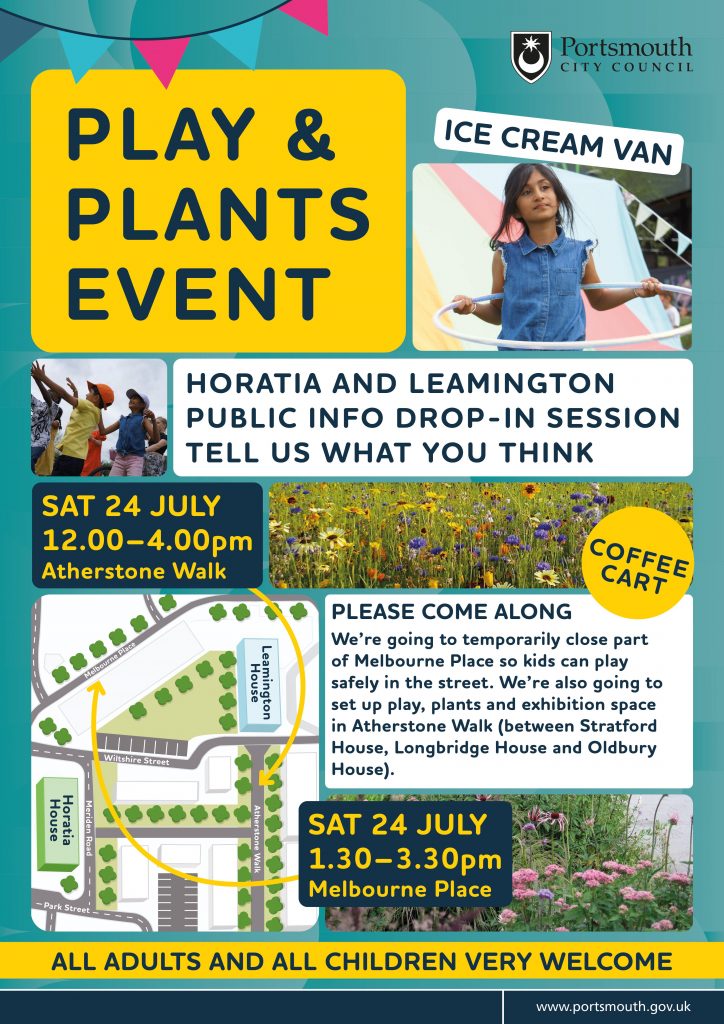 Hundreds of Somerstown people took part in a free ‘Play and Plants’ community engagement session hosted by Portsmouth City Council in Melbourne Place and Atherstone Walk as another way for local people to engage with housing development plans for the area.

The event was put together to give the local community, and design teams, the chance to see how things could be done differently after two tower blocks – Horatia and Leamington Houses – are taken down. It was also another chance for Somerstown residents to look at the plans for new housing, green space, play areas and community facilities in the area and to talk to the architects and council teams about their views on the designs.

“I was a bit apprehensive at first but now I’m really excited about what’s going on,” said local resident Ann Ray, from Longbridge House, who is a member of the Horatia and Leamington Houses community panel.

“They’ve already started on Horatia House, with the scaffolding going up, so let’s get on with it.”

A team of play experts from the council’s Somerstown Adventure Playground helped young visitors build their own dens with wooden pallets and oil drums in a temporarily closed section of Melbourne Place, behind the Ibis Hotel, between St Vincent Street and Waltham Street. Staff from the council’s Play Youth Community service also ran DJ-ing workshops on the closed road.

Local mum Olivia Abdul said: “It’s just lovely to get out in the local community – there’s so much to do with the kids and it’s good to see what’s going to be happening with the space.”

Four-year-old Arin Chudley said: “I want to have an ice cream and build a den!”

At the centre of the event were two interactive models built by social housing design specialist Karakusevic Carson Architects – one for adults to lift 3D versions of three potential design scenarios in and out of position and another foam model for children to use to show the architects how they’d like their new neighbourhood to look. Landscape architects Studio ONB also planted a permanent wildflower meadow in the middle of the two towers to show people how better wilding could help the neighbourhood.

Cllr Darren Sanders, cabinet member for Housing and Preventing Homelessness, said: “It’s important to us that everybody – no matter how old they are, what their background is or what they know about the area – has the same opportunity to tell us how they want Somerstown to move forward.

“We want to make the housing and facilities around here better by working with local people right from the start.”

The council’s director of Regeneration Tristan Samuels said: “For me it’s a real example of what good development looks like – development that happens with the people rather than to the people.

“These people are now engaged and thinking about what the outcomes might be for them and that’s got to be a real positive.

Siobhain McCurrach, Healthwatch Portsmouth manager, said: “It’s out first opportunity for nearly a year and a half to have an outside stall so we jumped at the chance to come and show people that we are interested in finding out about people’s experiences of health and social care.”

Buckland fundraiser Maureen Maplesden MBE came along to sell plants she had grown herself to raise money for Buckland Park Play Association.

“We wanted to show people what they can do and what can be done.”

Cat Burland, manager of the council’s Waterfront Garden Centre, in Avenue de Caen, said: “We’re here to bring some greenery and activity to the residents of the area.”

Andy Ames of Hampshire and Isle of Wight Wildlife Trust worked with people who attended the event to look at how they can boost wildlife in their local area.

“We want to connect as many people in Portsmouth as possible to nature,” Andy said.

“Whatever environment you’re in – everybody can do something,” he added.

Children also wore hard hats and hi-vis jackets to play safely on a digger provided by Portsmouth demolition specialist Hughes and Salvidge who started carefully deconstructing Horatia and Leamington Houses earlier this year. The deconstruction of the 1960s tower blocks is expected to take until late next summer to complete.

The Horatia and Leamington Houses community panel will continue to meet to discuss the plans throughout the course of the project.

The panel is a team of local people, resident groups, schools, businesses and charities at the centre of the deconstruction and redevelopment project.

The council launched the community panel in March 2021 following a major public engagement in summer 2019 in which thousands of local people were asked what they wanted to happen to the site.

The community panel has been meeting once a month and is at the centre of the deconstruction and redevelopment project. The panel includes local people, residents groups, schools, businesses and charities.

If you would like to join the community panel; call development delivery manager Mary Devaney on 023 9284 1791 or email mary.devaney@portsmouthcc.gov.uk